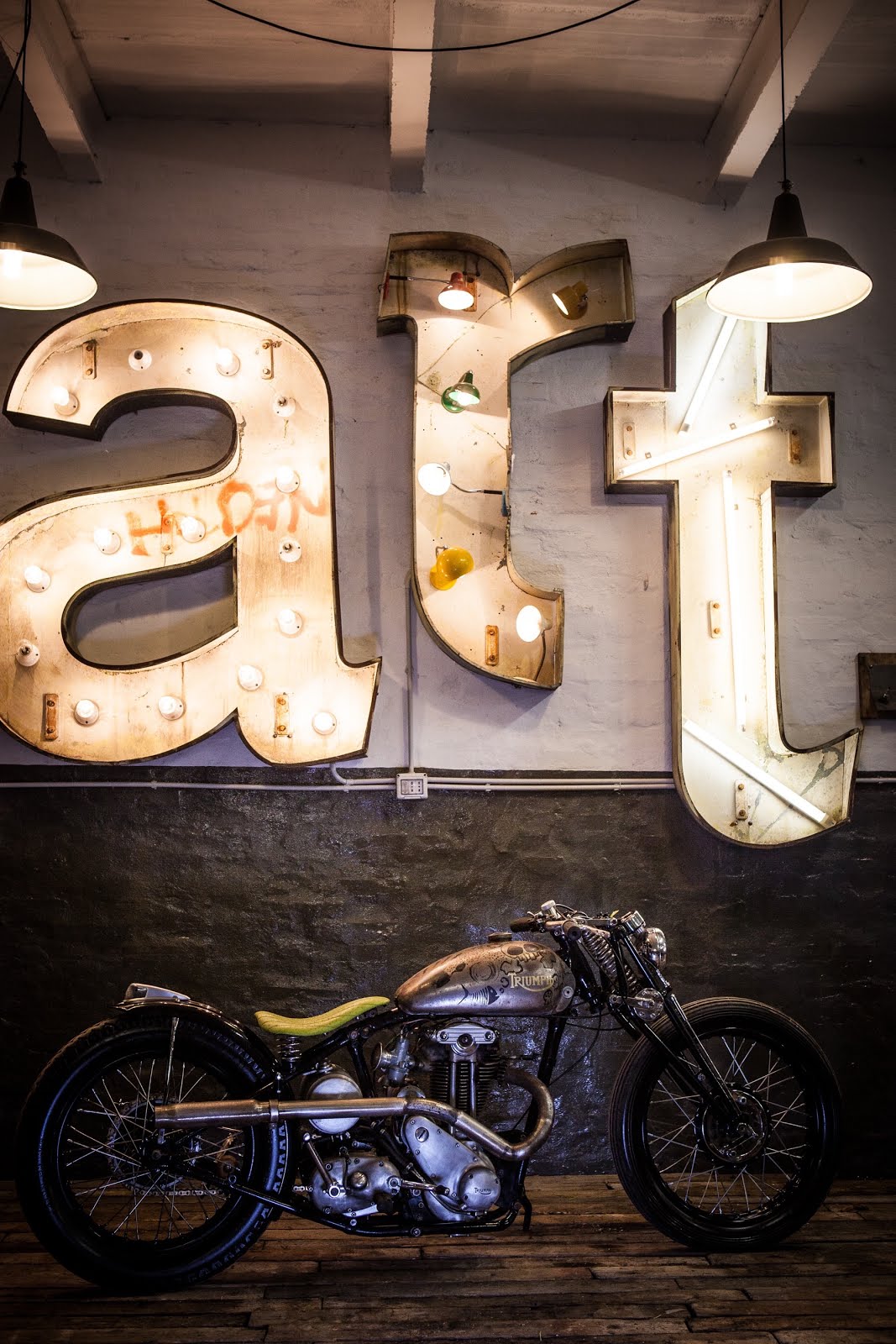 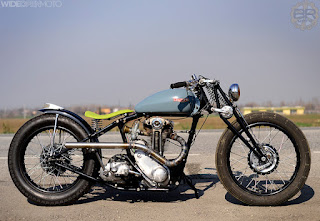 I was riding from Bologna to Imola on my bicycle because frankly, here in Italy, I’ve become quite the fat bastard and I need to shape up before summer so I don’t get teased by people when I hit the beach (like last year).

About a quarter of the way there, in the Emilian countryside (Ozzano Dell’emilia), I stopped at a bike workshop to ask for some chain-lube and spotted a yard full of BikeExif style custom bikes in various states of build- a few Kawasaki 400 Twins and BMW boxers, a Harley something-or-other and an ex-Police Moto Guzzi amongst other non-customised and customer bikes in for servicing. The proprietor of Officina B.R.Moto, Matteo, fixed me up with some chain lube and a coffee and showed me around the Deus Ex Machina style workshop/hangout complete with motorcycles, fast bicycles, skateboards and surfboards.

Among the usual crowd of Japanese customs with plank-seats and pipewrap was the owners own 1939 Triumph 3HW based bobber which is still very much a work in progress. The exhaust is currently waiting for the welds to be cleaned up before finishing, the bright yellow ostrich-skin seat cover may or may not be there the day the bike is pronounced 'finished', and a heap of other things need doing however I couldnt resist grabbing the camera for a few happy-snaps of what will no doubt be a nicely proportioned, beautiful bike. 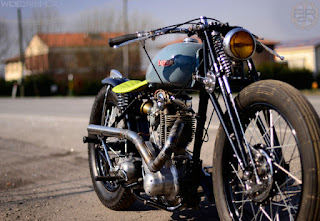 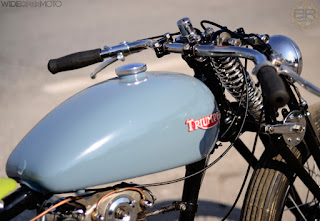 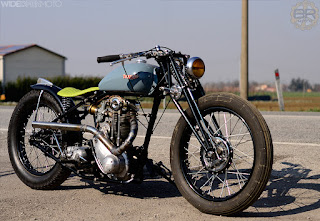 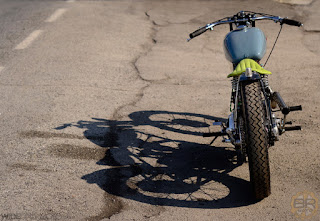 Nice shot of the rear AVON with an old Italian Ceat up front. 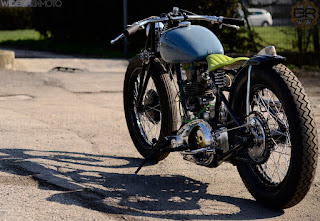 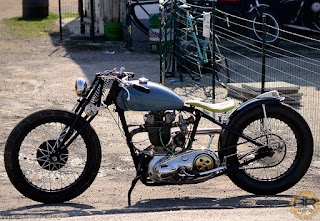 Original girder front end has been raked out- lack of front mudguard adds to the chopped effect. 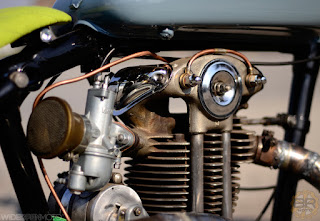 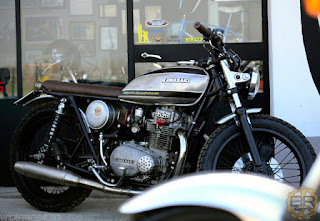 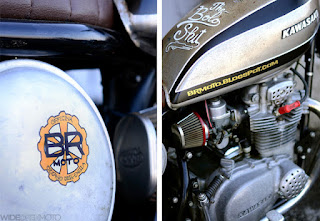 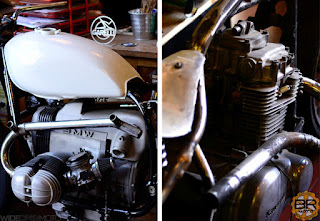 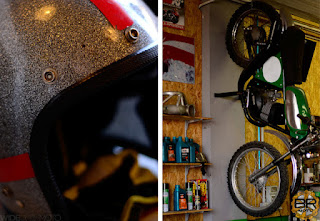 A Benelli dirt bike hangs on the wall of the workshop. 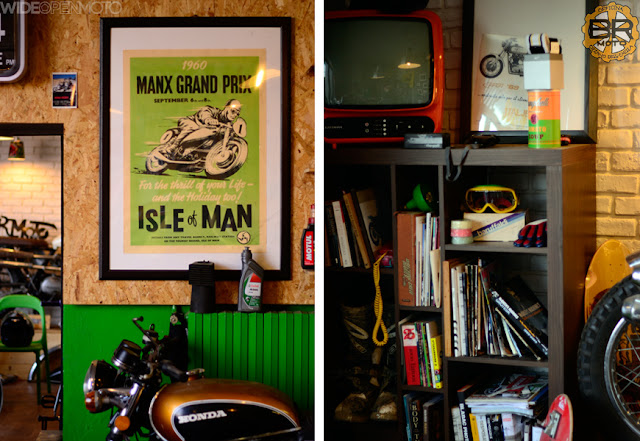 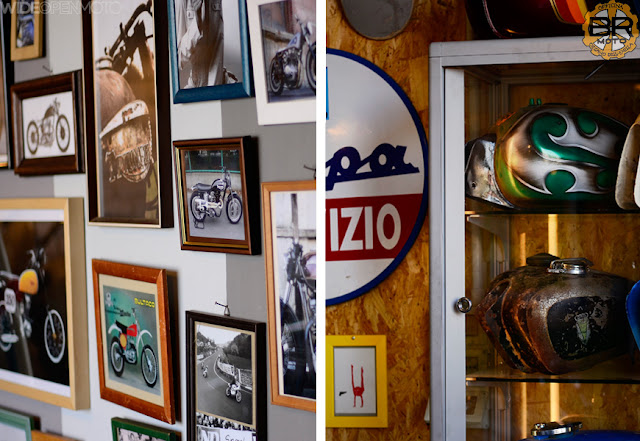 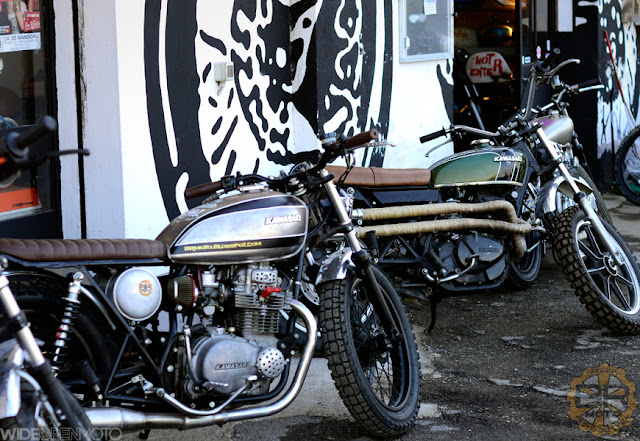 If you're in Bologna and can spare a few hours jump on a bus and have a look. A dedicated cafe/bar area will apparently be opened in September which would make a great rendezvous point before a ride through the countryside should you be so lucky. For more info check out the B.R Moto blog which has up to date info on current going-ons and build progress of new bikes. We should have additional photos up on our facebook page over the next couple of days- have a looksie.

Thanks to Matteo Mussi. 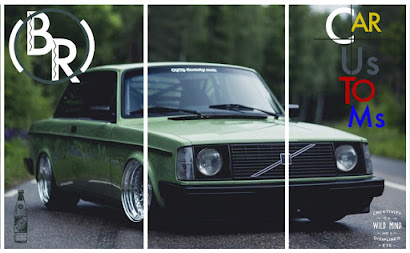 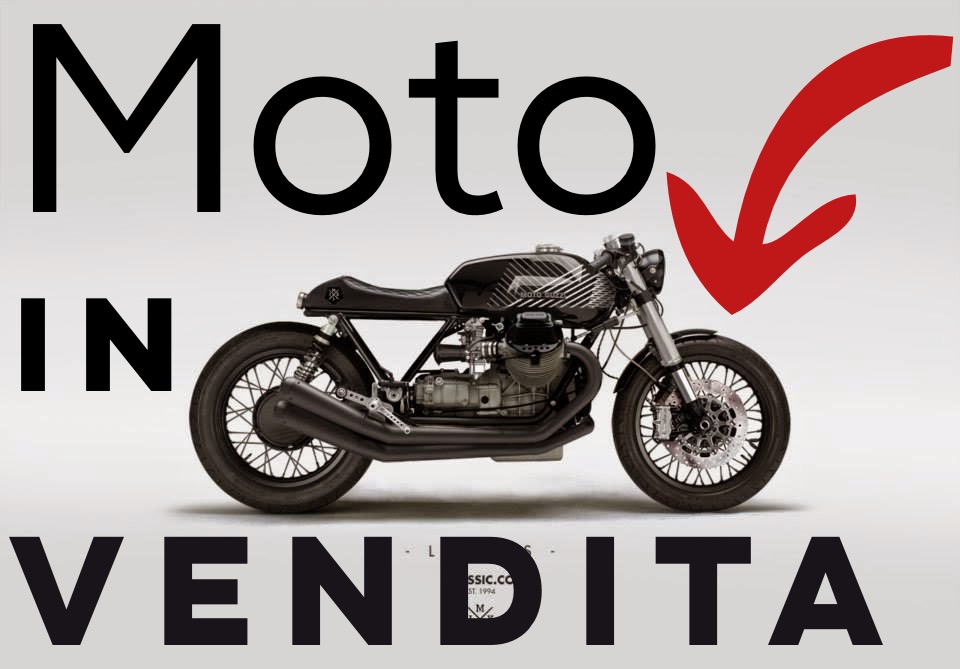 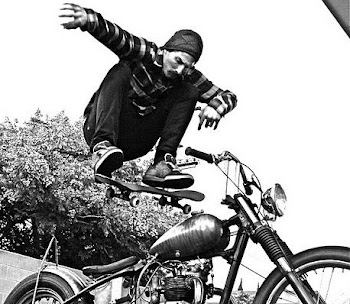 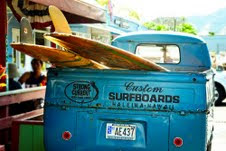 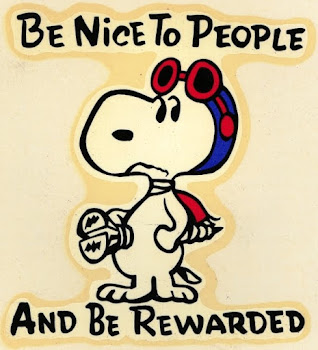 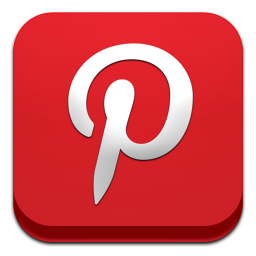 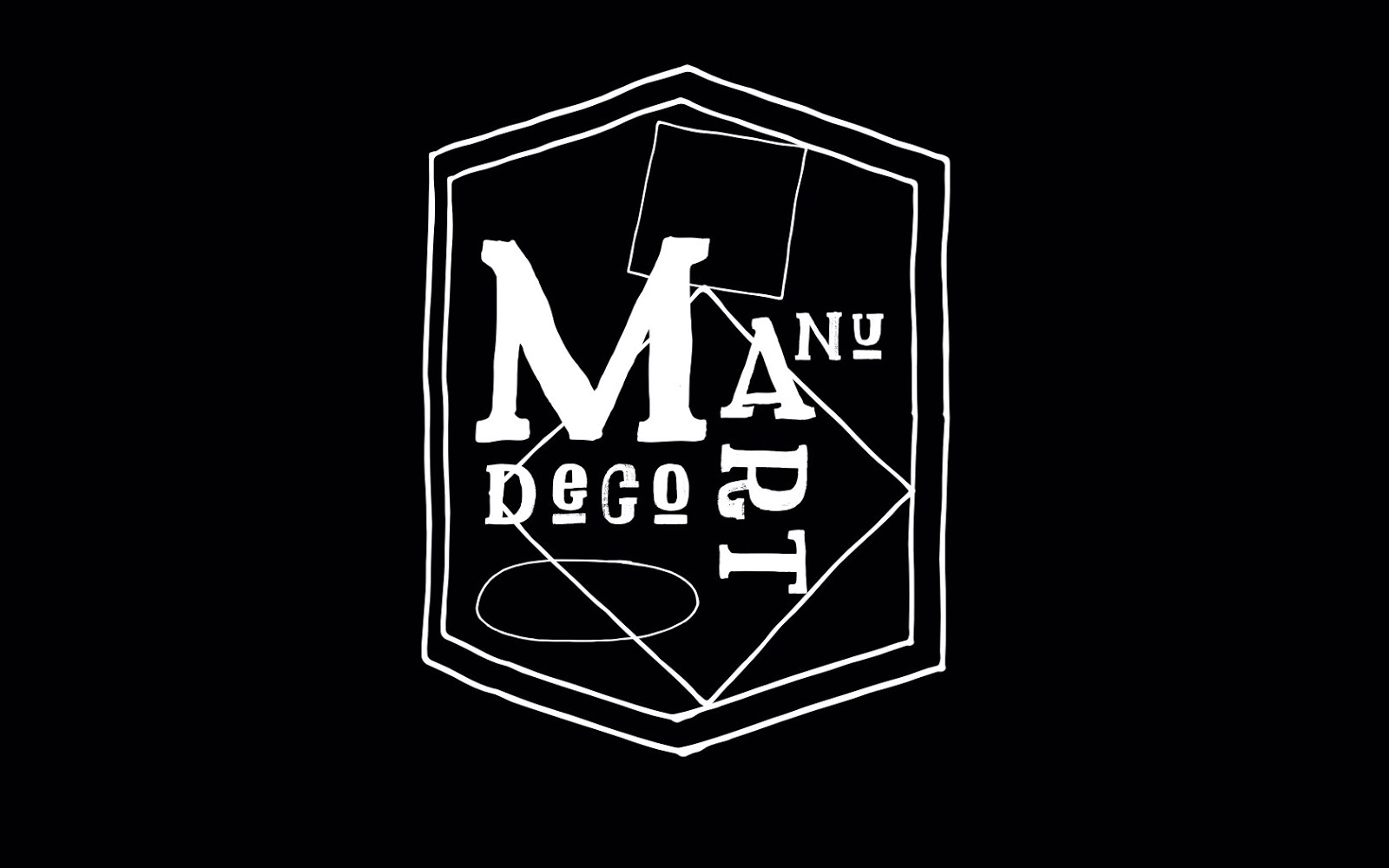